Xiaomi is preparing for the debut of its new generation in the top of the range, the Xiaomi 13 series smartphones, and as the days go by, new details about the characteristics of the long-awaited flagship model of the series always appear. Xiaomi 13 Pro. After getting confirmation that the 1″ photographic sensor will also adopt this variant, now is the time to give it a first closer look thanks Designs provided by OnLeaks exclusively for Zoutons.

Before getting into the images, we remind you that the Xiaomi 13 should be among the first smartphones in the world to be equipped with the new Qualcomm Snapdragon 8 Gen 2 platform, which is expected to be officially presented during the Qualcomm event scheduled for next November 15.

The presentations made by OnLeaks allow to emphasize some of the main aesthetic characteristics of the smartphone, starting with the presence of a large front panel with Curved side edgesIt also became a tradition for the series. Staying on the topic of edges, the bottom and top dimensions seem to have very similar dimensions, even if they aren’t exactly the same yet. Anyway, the look is guaranteed and the Xiaomi 13 Pro appears to be a modern yet very familiar smartphone. 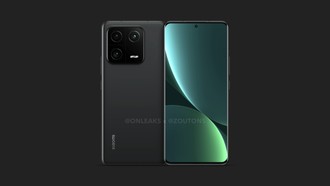 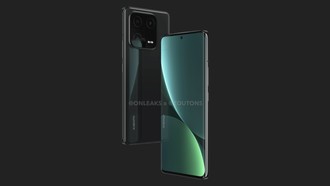 Moving back, we note how the photographic sector underwent a aesthetic update. The lines remain between one sensor and another, but this time the entire unit has an almost completely square shape, while the direct predecessor (here is our review of the Xiaomi 12 Pro) had a more vertical arrangement of the sensors.

The renderings provided by OnLeaks are based on smartphone CAD, so use the real smartphone dimensional insider to make 3D models. Let’s talk about a device that measures 163 x 74.6 x 8.8 mm The cameras have a thickness of 11.8 mm. Below you can see the performances from every angle thanks to the short video created by OnLeaks.

Among other information that has surfaced, there appears to be a slight change in the screen size, from the previous 6.7 inches to 6.65 incheswhile having two pieces of 256 and 512 GBDual stereo speakers and all the classic wireless and wired connectivity functions we’ve come to expect are top of the range.

Finally, it seems that the launch of the Xiaomi 13 series should take place By the end of the year, more precisely by December 30, but for this we will have to wait for more details from the parent company. In the meantime, we’ve already started talking about pricing and, according to the source, the Pro model can be offered between INR 57,500 and INR 70,200, which is equivalent to the range he goes into. From 703 to 858 euros at the current exchange rate.

Mastodon alternative to Twitter: what and how it works

Dear fuel, the reduction in consumption charges will be extended until December 31