victory fire first street trio In 2007, a model that has been very successful over time and has received continuous improvements. for the year 2023 The manufacturer decided to completely renew the Street Triple family, which now consists of models Street Triple 765 R, Street Triple 765 RS and Street Triple 765 Moto2 Edition. The new models will be available from spring 2023. the prices the following: 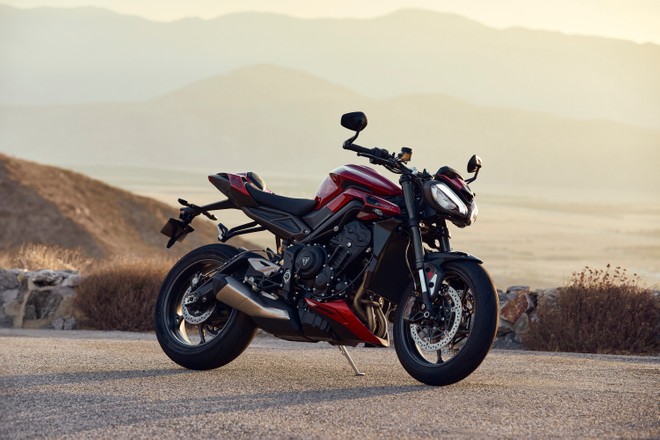 The news is really a lot and disturbing Design, chassis, engine and electronics. Speaking of bike looks, the Triumph has 15 liter tank redesign Features integrated side panels for a more compact, angled design. Add to that a new headlight that also includes the air intake. In addition, there is a new body-color spoiler for the RS engine, available as an accessory for the R. The RS comes with a matching seat cover with an interchangeable passenger seat.

The most extreme version of Moto2 features Lightweight carbon fiber components: front fender, side panels, headlight cover and engine spoiler. Only 765 copies of this exclusive model will be made.

Speaking of the engine, the 765cc 3-cylinder has been improved. On the street comes Triple R Delivers 120 HP at 11500 rpm With 80 Nm of torque. In the RS and Moto2 Edition, the power goes up to 130 hp at 12,000 rpm. Torque always remains at 80 Nm.To improve the level of engine performance, the manufacturer has made several changes. For example, the compression ratio was raised from 12.65:1 to 13.25:1. Furthermore, we found new pistons and new connecting rods that, with other modifications, allowed for improved combustion and efficiency inside the combustion chambers.

pure The gearbox has been changedIt now features shorter ratios to improve acceleration performance. The exhaust system has also been updated. 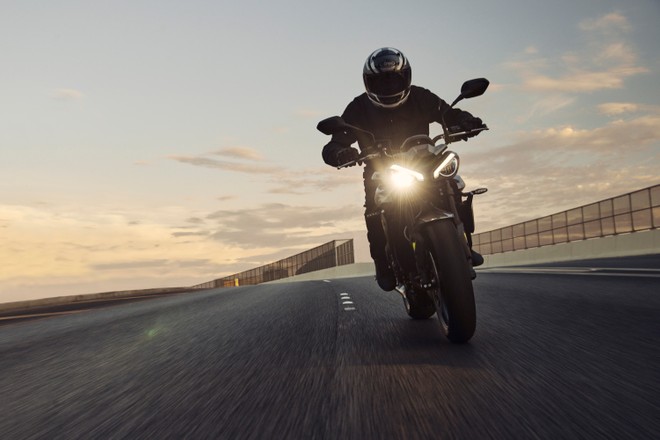 Triumph also worked on the chassis. The Street Triple R and RS have a new handlebar, 12mm wider, while the Moto2 Edition features a new “clip-on” half handlebar, positioned 80mm and 50mm further away from the R and RS. Combined with the new upper part of the Öhlins forks, which are fully adjustable, they allow for a ride geared specifically to the racetrack.

Both RS and Moto2 Edition models feature different geometry with a more closed steering axle for greater responsiveness and agility between curves.

The Street Triple R comes standard with Showa 41mm forks with separate posts, and Showa monoshock shock absorbers. The most popular RS version features 41mm Showa forks while Öhlins shock absorbers at the rear. The Street Triple 765 Moto2 Edition takes it even further, thanks to an Öhlins-signed 43mm fork for a more precise ride between the fenders, aided by a monochrome rear from the same manufacturer. Front distance is 115mm for all models, while 131.2mm is expected in the rear for the RS and Moto2 version, and 133.5mm in the case of the Street Triple R.

Clarkson Farm, Amazon confirm that there will also be a third season