Jaguar classic section Which deals with the revival of some of the most important models of the past of the presented English brand Two exclusive C-Type Continuation 70-Editons In honor of the successes of the 1953 C-Types, models that celebrate the 70th anniversary of the C-Type’s victory at the 1953 Le Mans 24. In that edition, 4 C-Types participated. In addition to their pole position with driver duo Tony Roult and Duncan Hamilton, the C-Types finished second, fourth and ninth. In short, a real success for the English brand. 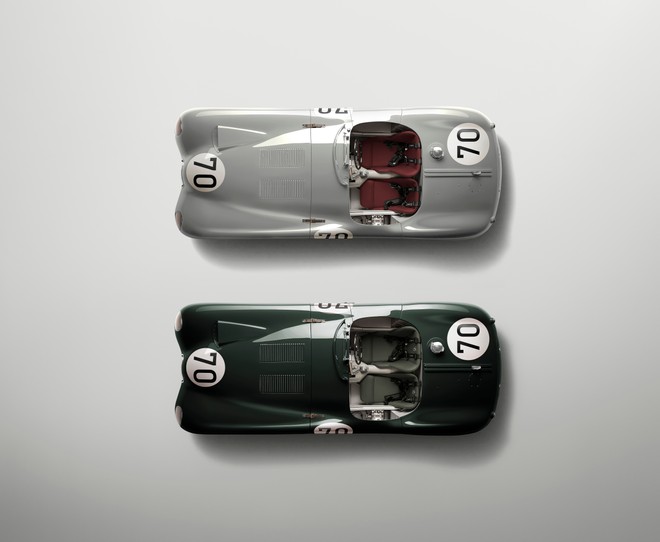 Going back to the two C-Type Continuation 70-Editions, the British brand highlights that every car has been Handmade in more than 3000 working hours At the Jaguar Classic Works division in Coventry. The cars were manufactured according to the technical specifications of 1953 cars.

Speaking of the looks of these cars, the British brand says that the first of these “limited editions” features Verbier Silver and a cranberry red leather interior. The second, on the other hand, is finished in British Racing Green colors and with a Suede Green leather interior. For these exclusive models, we also find handcrafted silver enamel badges and “Version 70” stitching and embroidery.

Each “70’s Edition” features a defining main shell and an exclusive dashboard made by Deakin & Francis Jewelers. Founded in 1786, Deakin & Francis has enjoyed over 230 years of business in the industry and is the oldest jewelry manufactured in England.

Speaking of technical specifications, the two versions of the Jaguar C-Type Continuation 70-Editions feature a In-line 6-cylinder engine with 3.4 liters of displacement It took 9 months of work to build. This unit is equipped with Weber 40DCO3 triple carburetors. Available There are 220 hp. The car body is made of aluminum.

price From the Jaguar C-Type Continuation 70-Edition? In keeping with its exclusivity and thus within reach of few collectors. In fact, each car costs 1.5 million pounds (about 1.7 million euros) plus taxes.

Volkswagen Group: +25% of electricity shipments in the first nine months of 2022

Volkswagen ID. Buzz, the arrival of the GTX version