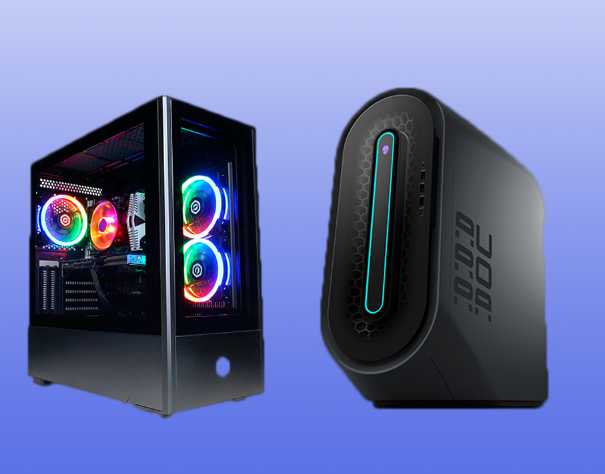 With the arrival of spring, we want to present you with a compilation of our gaming towers in unusual colors , so that you get out of the norm, and give your setup a distinctive touch. Are you tired that the color options to choose your PC case are the same as always? Well, do not miss this post, and let yourself fall in love with our towers of epic colors , which you will not find anywhere else.

One of our star boxes is, without a doubt, Krater. A tower whose design has captivated many players , and we know that it is one of your favorites. And it is that, it is a simple box, but with brutal benefits . It combines an elegant design, with a mesh front , so that your components have that extra ventilation, which will also enhance its integrated ARGB technology fans .

Due to its success, we decided that a stripped-down version of this tower would be great, especially for those looking for an ITX or microATX board configuration , and here came the Krater Mini . At first it was only available in the usual colors, black and white, but such a box deserved to have some special editions , so the limited edition Krater Mini, in pink and light blue , arrived .

Krater Mini, in any of its colors, has the same features as its original version , but in a reduced size . It comes with four pre-installed fans as standard, three in the front and one in the rear, and accepts liquid cooling up to 240mm in the front and top, and 120mm in the rear. It comes with an ARGB controller included and has more than 20 lighting modes, which you can control from its front panel, using the LED button .

In addition, Krater Mini, both in blue and pink, is a great option if you are looking for a very “cute” box with which to give a twist to your entire setup . It is easy to combine, and with any of its colors you will have more than guaranteed the attention of your public, community, friends, family…etc. And, in case you still had doubts, this tower for ITX and microATX configurations in pink or blue, is a limited edition, it is numbered and you can boast of having a tower that not everyone has.

Choosing the Best Game Monitor for 2022

Nekkar is another tower league, totally different from Krater Mini, both in its design and colors. An option for those looking for a different PC case, but not in bright colors , but discreet, while elegant . Nekkar is available in black and gun metal , and in white and gray .

It is a tower PC that allows for larger component configurations than is the case with the Krater Mini. Nekkar accepts ATX, ITX and microATX motherboards , as well as liquid coolers up to 360mm on its front panel. This allows more than adequate cooling for a configuration of components with great features, since, in addition, the Nekkar’s front panel has a spectacular mesh design, which makes it very striking.

As in the case of the Krater Mini, Nekkar comes pre-installed with four fans with updated ARGB technology , three in its front and one in the rear. It is the first box in the Nfortec family that has a steel mesh front , which can be easily detached, as it is attached with magnets . This front panel has an anti- dust filter , so that your components are always taken care of, as well as cooled.

Here is a Gaming PC Configuration

If you want to know all the specifications of Nekkar, we leave them below.

If you are looking for a different box that allows you to feel that it adapts a little more to your style , surely one of these models is for you. We also recommend you take a look at the rest of the models in our catalog because, remember that with the various lighting options of our gaming towers, you can customize your box to the fullest. Differentiate yourself with Nfortec.

Can't Connect your Cell Phone to PC? Learn how to Fix this Problem

Intel Arc Alchemist Graphics Card on Blender 3D intensive testing, when does it go on Sale?