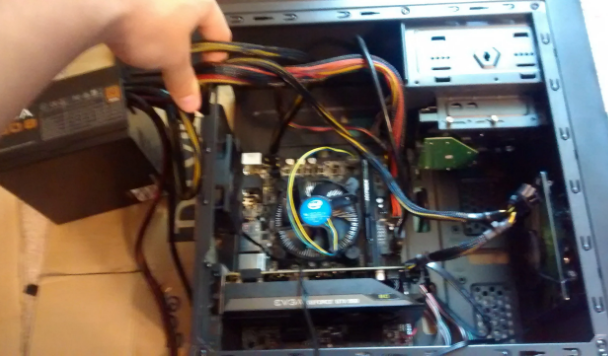 This article is dedicated to PC Desktop systems, although some ideas can also help laptop users.

We will only discuss the basic software: BIOS, drivers and monitoring programs. Discussions about viruses and other harmful programs are not in this article.

Careful! Strange as it sounds, I have seen such strange problems caused even by dust and dirt. Depending on the consistency of the dust and the environment (humidity), I encountered a case in which a PC did not start due to a ‘tuft’ of dust that stood between two pins. So if the system that doesn’t start looks ‘out of the way’ dirty, try cleaning it (I don’t mean some dust in the radiators. I mean filthy :)))

The PC does not start at all

PROBLEM: press the button and nothing. It doesn’t even turn on the PC. Not you a light bulb, no fan starts… it’s dead!

Most likely the system has no power.

is the socket in which the central unit is plugged in?

Is the power cord securely plugged in? Does it look ok? (not pinched, black pine or other)

if the source has a button, check that it is on;

check the main power plug on the system board. It may have moved and is no longer in good contact;

unplug the main unit, then press the power button 4-5 times. Plug the unit back in and try again. If it works, make sure the plug, extension cord, and all cables are in good condition. If the problem persists and this solution persists, I would try either another outlet or another source.

try another source. If it works, it means that your source has decided that it wants to be changed. See here how to choose one, and from here you can buy a new one.

The PC starts but shuts down suddenly in a few seconds

PROBLEM: When you press the button, the PC sounds like it is starting (the fans), but then it stops suddenly.

Pretty annoying. You think everything is ok, the fans turn on, and then the system shuts down.

Make sure it’s not a short one. A system that was in a humid environment did not start until I blew the motherboard dust. It was very dusty, with ‘lumps’ touching several pines in parallel. That was probably the problem.

Take them out: eliminate each non-essential component in turn as much as possible. Example: remove all peripherals except the mouse and keyboard (but make sure the ports are clean and possibly other USB ports in a row), if you have multiple RAM sticks, remove one at a time. If you also have an integrated and dedicated video card, try without a dedicated video card, etc.

If you can, test the source with a tester, or try another source.

If you recently went to the processor, such as changing the thermal paste or something, check to see if you re-installed it ok. And do not forget! If you take off the cooler, change the paste. Even if it was new.

Most of the time, such problems arise from the source. If you know how to fly a hat, that is, you have a cheap or very old source, check this out for the first time.

Repairing a PC source is often not worth it in any way. So get another one if that’s the problem. Preferably a quality one .

The PC starts up and beeps are heard

PROBLEM: you hear the central unit start, the fans are running, but the system beeps and you have no signal on the monitor.

Those beeps mean an error code, which helps you diagnose the problem.

Here you can identify everything about these BEEPs. The page is in English, an article about them follows and here on petech.ro.

What you can try or check: on the page from the link above, you will have an indication of what each beep pattern means. 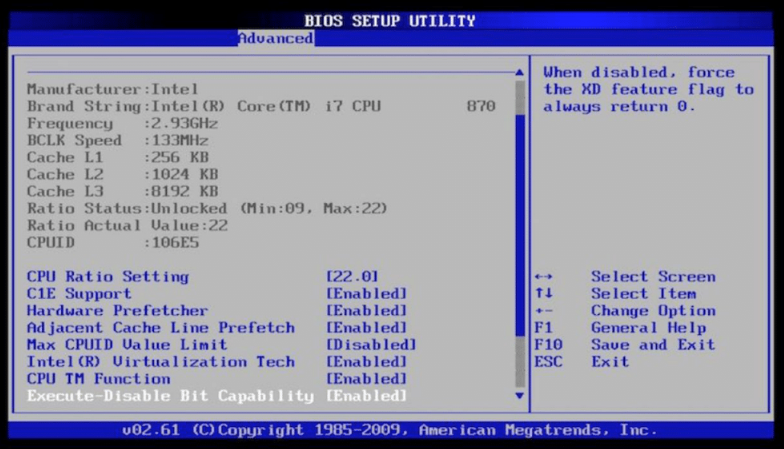 The PC starts but does not display anything on the monitor

PROBLEM: the central unit starts, the fans are spinning. But nothing is displayed on the monitor, it remains on standby. You don’t even hear beeps or anything. And no LEDs or error codes flash on the motherboard (if it’s newer) .

Being a bit more difficult to troubleshoot, we take in order of weight the ideas below. Obviously make sure everything is plugged in and the monitor is on.

Check that the video card is properly inserted in the slot

Check that the extra power cord is inserted in the video card, if you have a video card that requires separate power

Check that the power cord to the 4- or 8-pin slot next to the processor is inserted. Some motherboards do not boot properly without it

Check if the video cable to the monitor is ok ( HDMI , DVI or whatever)

Try another port on the video card and / or monitor

Check that when you mount a speaker on the motherboard pins (in the proper place) it will not beep. I’ve come across cases

Reset the BIOS if nothing works. See the motherboard manual for how to do this.

The monitor turns off during operation, but the unit operates

PROBLEM: While the PC was in use, the monitor turns off / the signal is lost, but the unit is still running (fans are heard)

This is most often due to temperatures. Carefully monitor the temperature of the video card and the motherboard.

I mention that sometimes this happens or actually a kind of ‘flashing’ of the monitor (the monitor turns black for a few seconds and then recovers). This may also be due to drivers. But if it doesn’t recover, it’s probably not from the drivers (you should still have the video drivers always up to date) .

Monitor the temperatures and, if necessary, clean the system and change the thermal paste.

Reinstall the video card (physically! Effectively remove it from the system and reinstall it in its slot)

It is also possible to deal with a problematic video card. But I recommend that you test well to make sure. It may not be that bad.

During operation, both the monitor and the central unit are closed

PROBLEM: As above, only the monitor (signal loss) and the CPU close.

There are usually two possibilities: high temperatures and the system is protected from damage or a weak source. This is often a faulty source in this scenario.

Monitor temperatures. Especially if you were playing while this was happening

If the temperatures are ok, it is totally possible that the source is too demanding. Or about to give up.

One of the above problems with LEDs on the motherboard

Newer motherboards have small LEDs that can give an indication of the problem that the system has encountered.

Check the motherboard manual for the respective LEDs and then troubleshoot by cleaning, replacing or reinstalling the component.

The system does not recover from standby

In most cases this is a software issue. Either a bug in the drivers (usually the video or chipset), or a problem with the operating system.

Once upon a time, some systems had such problems with Windows 7 or Windows XP, and a BIOS update fixes that. On the motherboard manufacturer’s page, in the downloads – BIOS section, it was documented that this error was fixed. Worth checking out.

It is worth mentioning that on many systems, some seemingly unsolvable problems are solved with a BIOS update. From my experiences, I mention some AMD chipset motherboards that had incompatibility issues with various RAM cards. And a BIOS update has fixed the issue.