The annual conference was held recently IBM Quantum Summit 2022During which the company unveiled the latest developments in the field of quantum computers. In addition to detailing many related technologies such as second system And some software solutions that aim to actually make implementation possible for systems of this type, the latest of which IBM has unveiled Quantum processor. he is called The Osprey 433 qubit is actually three times more powerful than its predecessor.

IBM claimed to have improved Eagle’s previous 127-qubit architecture developed on a single floor, with the help of multi-level cabling. But what benefits will quantum technology bring? IBM reminds us of this in its press release, which we announce as a key paragraph.

“Unlike classical qubits, which must be in a state of one or zero, qubits can exist in a complex mixture of both, taking advantage of the fundamental quantum nature of matter at subatomic levels. As a result, quantum computers offer the potential for significantly greater power. Computing that can be used to tackle more complex computations in areas such as artificial intelligence and the design of new materials for drug discovery and energy research.”

To fully understand the intricacies of such architectures, it is not possible to obtain a representation of their state using classical computers. A classical binary bit can only represent one binary value, such as 0 or 1, that is, it can only be in one of two possible states. However, a qubit can represent 0 or 1 or any ratio of 0 and 1 in the superposition of both cases, with a certain probability that it is 0 and a certain probability that it is 1. If you wanted to list all these possible combinations of values ​​that the processor can handle, it would be necessary to have The number of classical bits is greater than the number of atoms that make up the known universe.

But this is only a step in the right direction of a very long path, the main objective of which is to reach an achievement System over 4000 qubits by 2025. For now, the schedule has been respected, and therefore, after the current Osprey, the next model will be called Condor and will boast 1,121 qubits, with its debut expected next year.

The first signs of this technology were at CES 2019, when IBM introduced a functional quantum computer with an elegant design. Last year we saw the next generation IBM Quantum System II for the first time, a device that will house its own quantum processors, and in this project more details emerged that make the direction that has been taken regarding the technology more clear.

The second system and software 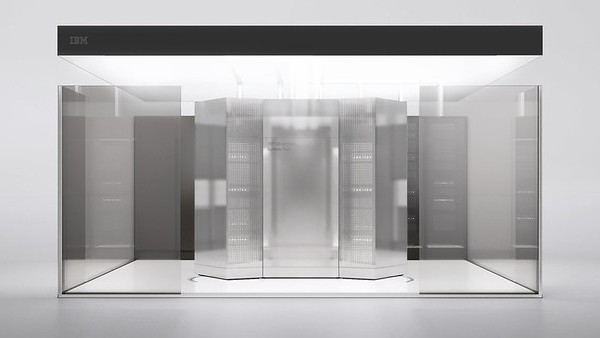 Designed by IBM The second system is flexible and modular, so that it can accommodate more architectures and processors, including the Osprey, starting next year. The second system will include such elements as electronics to control qubits, technology for interaction with classic computers, a coolant radiator and other functional elements, and, as expected, the first units capable of working at 100% could reach by the end of 2023.

The company said that the second system project will allow for a massive increase in the scale of quantum computing, but it is clear that all that computing power will need the right software to reap the maximum benefits.

Earlier last year, IBM said its Qiskit implementation environment was able to integrate quantum and classical computers to perform complex calculations in hours, whereas it would have taken months previously. Now, new features are being worked on to help reduce errors while providing a fast and efficient programming model. Moreover, these capabilities are combined in IBM’s goal of integrating quantum computers with classical computers, including supercomputers.

We conclude by recalling that the progress that has been made in the quantum computing scale with respect to size is truly incredible. In this regard, IBM claims to have successfully reduced the electronics revolving around qubit control, from the initial dimensions of an entire rack cabinet to those of large slice 1 cm 2. This resulted in a parallel decrease in consumption, which rose from 100 watts per qubit to be controlled for the model two years earlier, to a total of 10 megawatts needed to control 4 qubits.

TIM, Surprises on the Way: Reshaping and Adapting New Rates of Inflation

A fine of 1.5 million euros fined by the Italian antitrust