mercedes It is developing a restyling GLE that could debut at the end of 2022 or the beginning of 2023. A necessary update to update the look of this model. However, no major changes should be expected. Now, the restyled model has been intercepted on the road during the usual development tests. In fact, spy photos show two different versions of the new GLE, both in Variable AMG. The first version of the GLE is the one with a “traditional body”, the second with it coupe.

As you can see from the images, the blur only covers part of the foreground and some details from the back. This is a clear indication that the changes will be detailed. Specifically, in both models of the spy photos, we can appreciate the typical Pan-American grille of the AMG versions. In the foreground, changes must be Relate to the shapes of the headlights And some modifications to the bumper with slightly different air intakes.

However, the redesign should introduce small tweaks to the visual assemblies. Also, as often happens with the arrival of restyling, it is possible that Mercedes will offer its own GLE New car body colors And alloy wheels with a new design. It is possible that the manufacturer has also made some changes to the chassis and setup to improve the driving dynamics of this model. 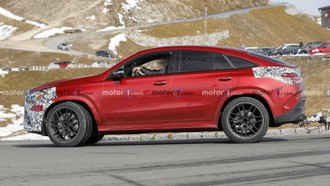 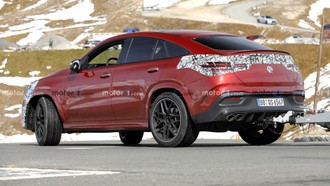 However, the new spy photos do not show the interiors. However, in addition to the new interior upholstery, the latest generation of the MBUX infotainment system is likely to appear. Speaking of engines, there is no exact information. It shouldn’t be big news because most units available today are already electrified (mild hybrid or plug-in). Some news may come about AMG versions that today have mild hybrid units. Could an all-electric powertrain make its debut? These are the details that we will find out at the time of the show.

However, with the first appearance of the restyling still lacking some time, it is possible that more information will emerge over the next few months about the development of the redesign of this SUV from the German manufacturer.