Elon Musk’s takeover of Twitter is one of the hottest topics in recent days, between those who are neutrally monitoring the situation, who approve of it, and who are so dismissive that they have already closed their account to move to another one. a program.

The first wave of abandonment was recorded in April, right after the deal was announced – then it was canceled, as we well know, before the “twist” at the end of October – and now history is repeating itself with diaspora Which could cost the company dearly. Given the unpromising financial statements, the case must be taken seriously by the new management.

It seems that the favorite destination of tens of thousands of users fleeing from Twitter is mastodonsFree and open source software developed by a non-profit organization on which the name is based Decentralized social network microblogging who – which With Twitter, there are many points in common But which is different from different management tweet Messages.

In the four days following Musk’s acquisition of Twitter, the number of new users It grew by 120,000 units, as confirmed by founder Eugene Rochko. An increase that, as we can see from the chart below, has only one precedent: April 2022, or when Musk first announced the $44 billion acquisition. 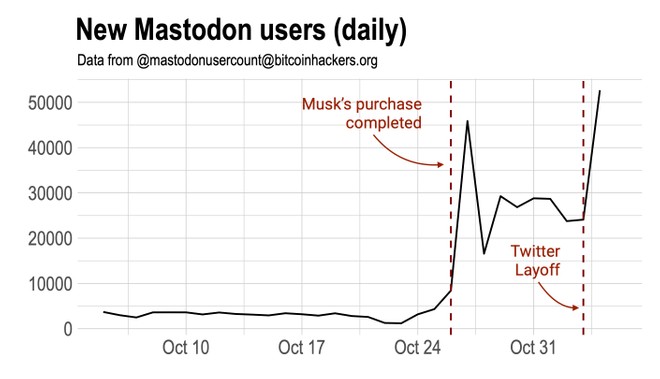 Even the official (!) Twitter account of Mastodon ups the dose: Within a week, the number of users accessing the platform may reach 230 thousand userswith the total number exceeding the quota for the first time ever 863,000 active users monthly With 3,550 running servers (data updated as of November 6th).

ANSA and DataMediaHub conducted interesting research analyzing conversations on Mastodon-themed social networks in the past seven days. Well, there are 436 thousand citations (5 thousand from Italy), submitted by 47 thousand unique authors and having 1.8 million people including likes, comments and shares. Mastodon is seen as a positive “newness”, but there is more uncertainty if one takes into account its actual ability to Replace Twitter.

What are the mastodons?

Founded in 2016 by a young man Eugene Rochko “Disappointed by Twitter‘, deals with this concept democratize it: secured, It is not a single platform, but a series of separate servers One of the other is managed independently. Users can interact with each other even if on different servers, but It is always the user who sets the rules which, in this case, It is not imposed from top to bottom. process identified by Rochko’democracy“Once hateful servers appear, other servers can band together to ban them, marginalizing them from the platform.

“We have managed to attract the kind of people who manage hate speech when running their own servers‘,” the founder explains to Time.On our website and apps, we provide a pre-selected list of curated servers that people can create accounts on. By doing this, we make sure that we curate the list so that any server wishing to be promoted by us has to accept a certain set of ground rules, one of which is no hate speech, no sexism, no racism. , Homophobia. Or transphobia?“. 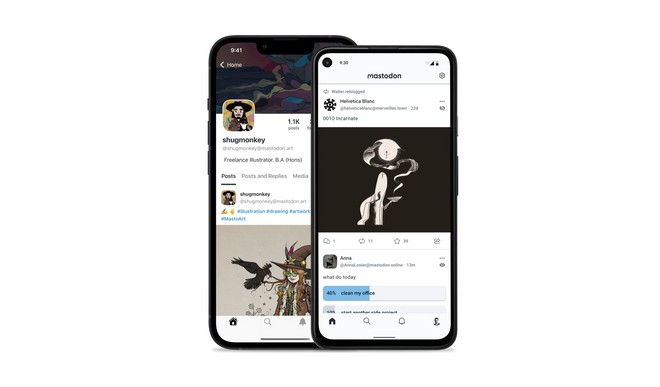 And why “mastodons”? “I called it thatRochko says,Because I’m not good at naming things. I simply chose what came to my mind at the time“. Just for knowledge, mastodons It is one of the mammoths that lived in North and Central America in the late Miocene.

On the official website shows that the mastodon Supports audio, movies, posts, polls, avatars and emojis – And the There is also an edit button… at the top is the letter “Social networks are not for sale“: A clear provocation directed at Musk invites those who are dissatisfied with Twitter to try the platform free of algorithms where each user can decide which servers to follow and which servers to follow, without intermediaries. in addition to “Each server creates its own locally applied rulesAnd the”: “Join the server with the rules you agree to“.

Speaking of features Twitter doesn’t have – here are some more perks of joining Mastodon!

Xiaomi 13 Pro: it's time to find out about offers and videos