Although it is a continuous debate and there are fans on both sides, this article does not aim to prove that Linux is better, that Windows is better or to push people to necessarily use something. It is an informative, more non-technical article. 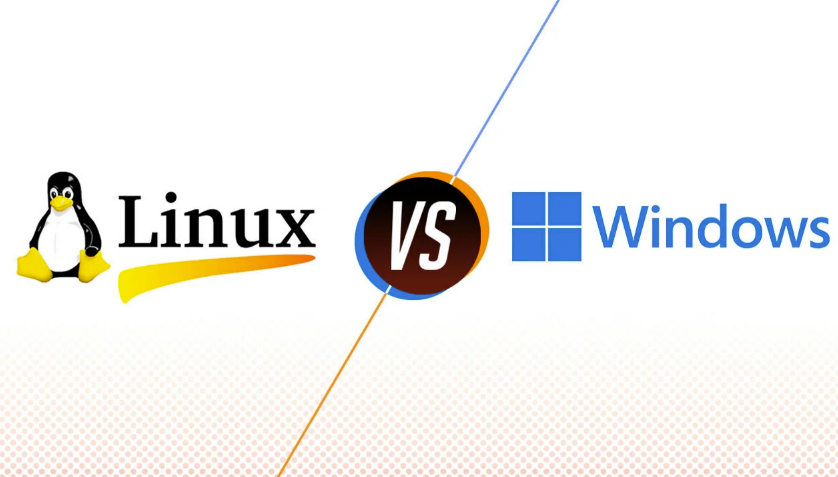 From a certain point of view it is wrong to compare Linux with Windows. If for no other reason, it’s because Linux is actually a family of ‘unix-like’ operating systems. And Linux is usually ‘packaged’ as a Linux distribution.

Due to the complexity of a distribution and an operating system, it is quite important to take into account this aspect, namely the variety of Linux distributions. Because some distributions are more friendly, others not so much, some versions of some distributions can be quite stubborn if you use an Nvidia video card and many others.

Thus, if we have a problem with Ubuntu, maybe because of a bug or the system configuration (not necessarily that it would be wrong but a problem of hardware compatibility with that version of Ubuntu) , it would be quite wrong to categorize Linux as garbage and ready.

Why am I writing about Linux?

Well, it’s a technology blog. More in jest or more seriously, I thought that maybe mini-guides, ideas, videos on YouTube and other materials about Linux as a subject would be useful in Romanian as well. And it’s not too out of place given the niche of the blog. And I said let’s take it from the beginning, with some more ‘light’ topics. So here we are at Linux vs Windows. Something easy, so a discussion. We have time to ‘go more technical’ in other articles.

If you have never tried Linux or it has been many years since you tried, you will be pleasantly surprised.

The whole ecosystem has evolved a lot. So much so, that we are at the point where a desktop system or a laptop with a Fedora 36 (for example) installed, can be a media PC, work PC with documents and perfect browsing.

So we are at the point where a normal user would manage with certain Linux distributions. Effectively, he would be able to handle himself. A Google Chrome, some editing in Excel, a video, etc. Two or three filters to a picture, etc.

Yes, the interface is a little different compared to Windows (but very similar on some distributions) , but you can do whatever you want. Yes, even gaming. It is not yet at the level of Windows, but in recent years major improvements have been made.

What do I use?

Fedora 35, because I haven’t had a reason to switch to the latest version (36) yet, is the main operating system. It is the day-to-day system, at work, in my free time, from which I am writing now, etc.

Because I also use Adobe Photoshop, Illustrator and Premiere Pro + occasional gaming and possibly a tutorial or another that requires Windows, I also have Windows 10 installed. Yes, there are alternatives to these programs in Linux as well, but I didn’t have the necessary time to get used to them for more complex things.

Note: each operating system has its own SSD (500gb Fedora and 250gb Windows), in case you are curious how they are installed in parallel.

How did Fedora become the everyday operating system?

Initially, because of work. Not that you couldn’t program on Windows or other myths and nonsense. But also the system administration part has always fascinated me, and Fedora being a distribution based on RHEL (Red Hat Linux Enterprise) was the most handy distribution – at work using both Fedora Server and CentOS. Even personal things like the entertainment/development server or the NAS with Plex are with the mentioned distributions.

Why not Ubuntu? Honestly, we still use it and wanted something new :)) besides the fact that it didn’t belong to RHEL, Ubuntu being a distribution based on Debian.

Why do I still use Windows?

For the same reason that probably many do not use a Linux distribution. Getting used to some things.

I’ve tried alternatives, the Adobe suite of programs is easier for me.

Gaming works on Linux, it still has small gaps and/or lacks here and there… but when I play I don’t feel like having any fun or care. I have time to experiment or test at work. If it’s the weekend, it’s relaxation :).

On the other hand, I like the LibreOffice suite more than Microsoft Office. And it’s free. And I can also save documents compatible with Office. (however, there is also Google Drive )

The differences between Windows and Linux

Summary, not very technical, what would be the differences between Windows and Linux? 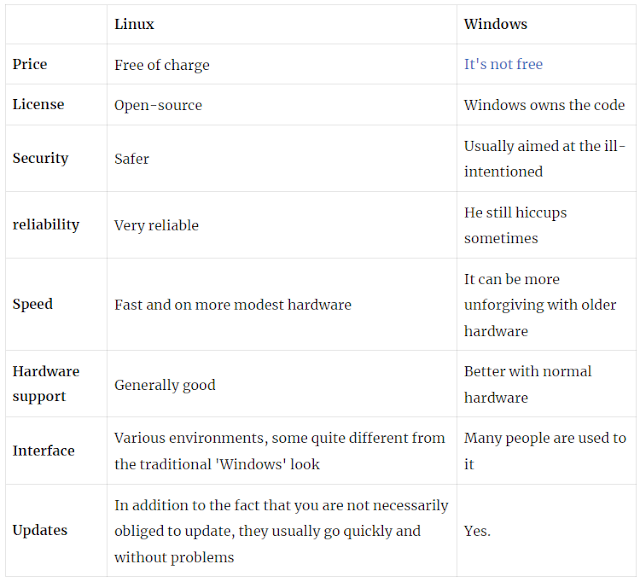 A more non-technical comparison between Linux and Windows

When I say security , I mean how the system comes ‘from his mother’. With possible creativity, anything can be turned into powder. But also to the fact that there are many viruses that specifically target Windows users. In that context, a Linux installation would not be affected. Which is still a plus.

When I say reliability , I’m thinking of the fact that I have an older PC at home, as a NAS, with CentOS, which has had periods of over 200 days without any restart or reboot. This while it is kept updated. And the fact that sometimes Windows updates give me a bad time and the system restore procedure does not excite me. Maybe it’s just an opinion formed from my specific experiences, but it always seemed to me that Fedora always ‘worked’ and I did my job.

The hardware support is quite good on Linux as well. So good that I could connect the Samsung S21 directly to the Fedora with the USB cable, stress-free. I saw it, I took the pictures. Beautiful. The same with a Canon multifunctional printer. There are still distributions or some bugs, although slowly, slowly we are getting rid of them with Nvidia cards. With some. At the moment everything is ok on a GTX 1050 Ti with two connected monitors (1x HDMI and 1x Display Port). But on Fedora 34 I had some problems.

note: recent example of the problem. On Windows 10 updated to date, on a laptop, I installed the Canon MG2450 multifunctional. Official driver, downloaded, installed blah blah. Print works perfectly, scanned with the Canon application not. ‘Check cable’. I connect to the desktop… no problem with scanning on Fedora. And yes, it also has a Windows 10 scanning application ( I bought this in a hurry, it wasn’t really a moment to rub the mint, I still don’t understand why I can’t scan 5 sheets in one PDF with it. That was also the advantage of the Canon application and the reason why I was using it) .

The interface , from my point of view, is irrelevant most of the time. Because if you are used to something, you do your job easily. But there are certain things I like better about Linux desktop environments. We will discuss this in detail in a separate article.

And when I say speed , a Linux system can do a lot with a little. Maybe I deviate a little from the traditional idea of ​​a PC, but you would be surprised how useful and stable a VPS can be with only 2 GB of RAM and 1-2 cores. However, there are small limitations. Don’t imagine that if your old Athlon crashes YouTube FullHD on Windows, it will work on Linux. Or that you will gain 30 FPS in I don’t know what game. Far from the truth. On the other hand, LibreOffice runs better than Microsoft Office on a weak PC.

When do we use Windows?

In my case, when I want to use programs that exist only on Windows and do not work ok on Linux, no matter what. And in gaming.

But there are a lot of scenarios where Linux actually wouldn’t be feasible. See ancient programs for various companies and such situations. And it’s ok.

When do we use Linux?

you want to learn more about networking, servers and their related domains;

you want to experiment with various Linux programs/packages that you can meet at work;

you have a weak system and you want to give it some life;

minor interest in gaming, the games you want run on Linux and you don’t want a Windows, Office and other license;

you want a home server, here there are a lot of options and possibilities;

I note that I am not ignoring the entire Windows Server ecosystem. I just didn’t really interact with him. And in any case, to get some ideas about managing a Windows Server, you don’t install Windows 10 Home. So you still don’t fit into the general Windows consumer, or not completely.

I think a good conclusion would be that both Windows and Linux are useful and have their place. Anyway, if we’re being honest, at some point every user has encountered a problem due to the operating system. Whether it was Windows, Linux, or user error. It happens.

And there is nothing wrong with using only one of the systems. Or both. Everyone has different needs.

But, from my point of view, Linux is worth trying even if you do it as an experience to see what else is out there, as a general interest in technology. Even more so for a system that is not centered around hardcore gaming. Or that one too, because there are dual-boot options.