Should you buy a CMR Hard Disk or an SMR Hard Disk? What is the phase, what do these two terms mean – CMR and SMR – and how do you know what you are buying? 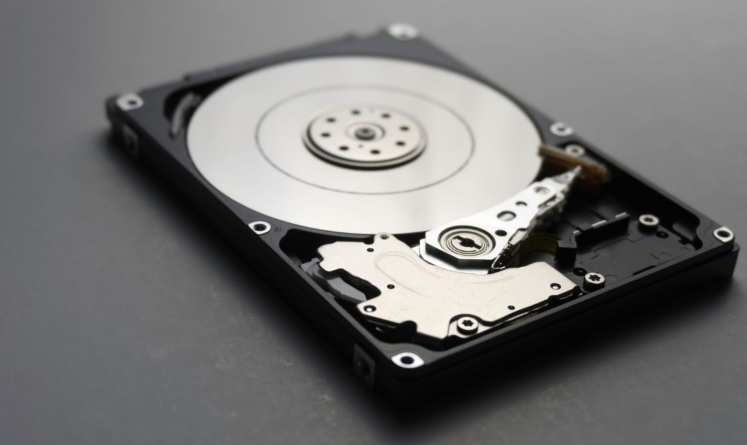 Before it was easy. You look at the capacity and buy. Come, possibly to rotations and the range for the most demanding. But now we have situations like CMR vs SMR, manufacturers with not very clear product pages, a lot of online stores that sometimes don’t even display all the product specifications but the writing technology (CMR or SMR) .

IN SHORT: try to always buy a CMR Hard Disk. SMR Hard Disks, although they work ok and all, they are usually slower in many tests done by various publications and independent people. SMR drives are slower because their method of writing data focuses on a higher storage density – and one of the downsides of this approach is speed.

And before we continue, yes. Manufacturers have released firmwares that optimize the writing speed and the reading speed of SMR hard disks. Although better than SMR at the beginning, they are still not as fast as a CMR hard disk in terms of sustained write/read speed.

I would choose an SMR hard disk if it were a good promotion and only if I know that that hard disk will be used strictly for storing documents, movies, serials, rarely used things… possibly on a NAS .

note: some examples of good benchmarks for hard drives are: Crystal Disk Mark, ATTO Disk Benchmark, HD Tune and even PCMark has some tests for storage media.

How CMR or PMR HDDs work

CMR works by aligning the poles of the magnetic elements that represent pieces of data perpendicular to the surface of the disk. The traces are written next to each other without overlapping.

And because the writing head is quite large compared to the reading head, hard disk manufacturers are constantly trying to reduce its size as much as possible.

How do SMR HDDs work?

SMR comes from Shingled Magnetic Recording. It is an extension from PMR, basically we have a better data density. And this happens because the writing has a log by partially overlapping the trace of the previous writing.

This significantly reduces the remaining space between two traces of the CMR process.

Thus, by partially overlapping the traces, we obtain a higher density in terms of storage capacity on that disk.

But does it really matter? Is it worth thinking about a CMR vs SMR HDD?

In short, it matters because you want as much performance as possible per leu spent on a new hard disk.

More technically, the way an SMR hard disk works, has some quite notable minuses if you intend to use the hard disk intensively.

Why? On an SMR hard disk, when any previously written data is edited or rewritten, the write head will not rewrite the data on the already existing magnetic track. It will write the new data to an empty part of the disk, while the old data will temporarily stay where it was.

And when the SMR hard disk enters idle mode, i.e. it sits for nothing, it reorganizes itself (‘reorganization mode’). In this process, it erases the old traces, with the unnecessary data, so that they are ready for future use.

This means that idle time is very important for an SMR hard drive. Also, if you have the misfortune to demand so much of the hard disk that the operation you are doing overlaps with this reorganization process (which is automatic and you don’t realize that it happens only through the decrease in performance) , obviously you will it had a temporary poor performance because the hard disk will do 2 things at once.

How can you tell if a hard disk is CMR or SMR?

Some manufacturers make it easier to find out if an HDD is CMR or SMR, others more difficult. In any case, you usually don’t see this specification in online stores like Emag or PCgarage .

I will only link to Western Digital and Seagate, because they are the most popular.

As far as those from Western Digital are concerned , on their homepage in the shop section, it even says ‘Full Specifications’ if the product is CMR or SMR. Perfect.

But at Seagate , you have to download the ‘datasheet’ PDF from the product page. Better than nothing, but not exactly affordable.

Below you have the most frequently encountered recent models, and if they are CMR or SMR. This list was last checked on May 4, 2022. Certain models that still appear may be missing from the table or may no longer exist. Search the manufacturer’s website before ordering the product! 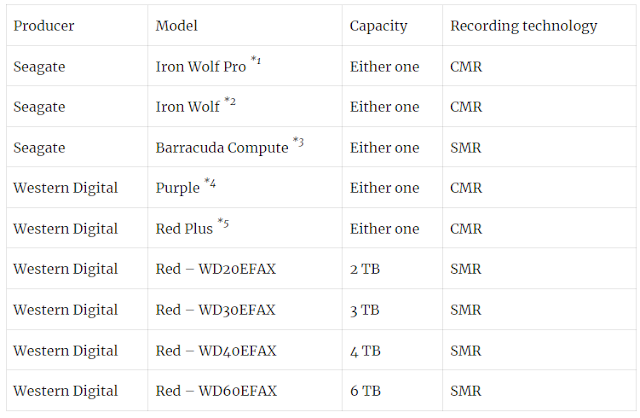 When does it make sense to buy an SMR hard disk?

But hand, if you get it at a great price, and possibly for a NAS where you know that you won’t delete the data often anyway… it works.

Of course, we are not talking about dramatic differences in performance, so as to say that an SMR HDD becomes unusable if you stress it too much. But usually the price difference is small or non-existent. And for 0 lei extra, you have something faster.

In principle, if you are looking for a new hard disk, try to get a CMR hard disk. And don’t stress if the hard disk you buy is recommended for a NAS. It will work ok on your PC too. Just be careful, try to get one with 7200 RPM (again, the others with less RPM are not morbid/unusable either, just slower) . To be fast. Anyway, I recommend you keep the operating system on an SSD.

Mercedes EQE SUV, the latest teaser before the presentation on October 16