In recent weeks, rumors have intensified about what might be Google’s first foldable smartphone, namely pixel fold. Initially, it was believed that this device would arrive by the end of this year, but recent reports indicate that there is one Postponed to Spring 2023. Unlike what happened with other Pixels, Google never talked about this foldable.

Regarding the characteristics of the Pixel Fold devices, first there were rumors about the panels that will be used, both of which are made by the company that certainly has the most experience in this sector, Samsung. There was also talk of the photographic sector that should be entrusted to two sensors from Sony and one from Samsung for the back – respectively IMX787, IMX386 and ISOCELL S5K3J1 -, IMX355 for the internal screen and another ISOCELL S5K3J1 for the external one. 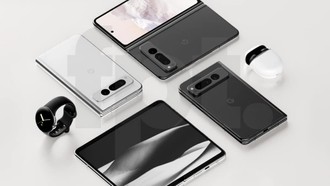 However, in the past few hours, We arrived Who speculates on the final design of the Pixel Fold. It was published by Front Page Tech, led by John Prosser, who created it on the basis of the information he had. The device as per FPT should be Available in two different colourswhite (chalk), black (obsidian), and the official release date It will be due in May 2023in conjunction with the Google I/O announcement Quite a high price, $1,799.

Overall, the design of the Google Pixel Fold is very similar to that of Samsung’s Galaxy Fold 4 and other foldables made by other manufacturers. However, the top and bottom edges appear to be noticeably sharper than the Korean company’s folding frame. On the other hand, the ratio between height and width would bring it closer to OPPO Find N: more square and less elongated. 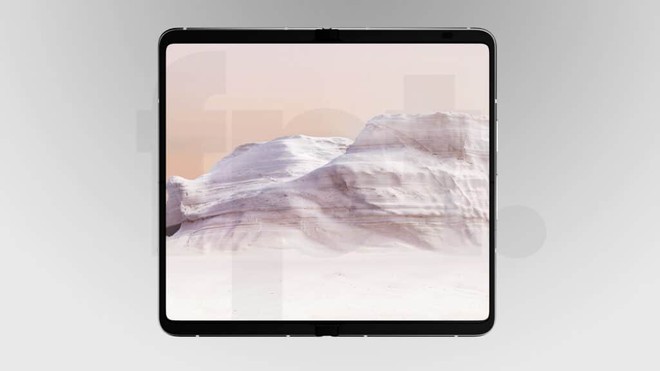 According to Front Page Tech’s sources, the Pixel Fold Internally called “Project Passport” And you must have one Camera “hidden” in the internal screen, just like on the Galaxy Z Fold 4. The images show a punch-hole in the front display that is supposed to house a 9.5MP sensor instead. On the other hand, the triple rear camera design is reminiscent of the Pixel 7 Pro. The fingerprint recognition sensor should be integrated into the power button on the side and there should be speakers on the top and bottom.

FrontPageTech says it is “confident” about the authenticity of its offerings, which could have been created to protect the identity of its sources who possess real images.

The App Store is spying on customers on tour: a new pill for Apple