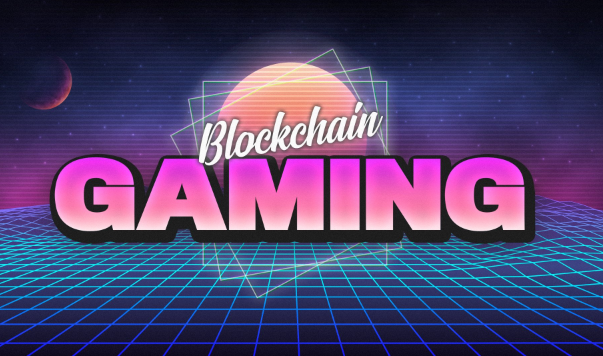 The trend is for the gaming segment and blockchain technology to become one, generating new opportunities for the final audience.

Heloisa Passos, CEO of Sp4ce, listed the main promises of blockchain games for this year

The games industry shows its strength as the days go by and, in 2022, it is possible that this market will continue to grow, generating great opportunities in the sector: according to consolidated data from the consultancy Newzoo, US$ 175.8 billion were moved in the sector in 2021. By 2023, the estimate is that this number will exceed US$ 200 billion.

Within this reality, gaming and blockchain technology are among the most attractive domains for global investment. With the NFT boom, gaming is joining the blockchain-NFT ride and vice versa. To integrate into this universe, Heloisa Passos, CEO of Sp4ce, the main company in the play-to-earn games segment in the country, listed four promises of blockchain games in 2022.

Maybe it’s the big bet for 2022. The game is a PVP-style horse race, where players compete for the top three against 11 other riders. Each race has random elemental variables that include wind, water, fire, speed, and more. Players must place themselves in the top 3 to earn the platform’s utility token, VIS (Vigorus).

“ Pegaxy still has a lot of potential to show and several updates still to come, such as 3D mode, new utility measures and token burn, but what has drawn great attention is its innovative rental mode ”, says Passos.

The game allows you to rent a horse by paying a fee per number of days, and it is also possible to rent the horse by defining a percentage of profit sharing by placing it on the market.

” In this way, even if you don’t know the person who will rent your horse, the game itself divides the rewards based on the definition that the owner has placed, that is, both the owner and the renter receive the equivalent of their share automatically after the race ,” he explains.

This rental style has increasingly attracted investors who want to invest high amounts, but do not want to spend time playing games or having to teach and accompany students as it is in the school model.

Ember Sword is an MMORPG (term known as Massively Multiplayer Online Role-playing Game), free to play game set in a player-driven dystopian fantasy universe with a fast-paced, classless combat system. The game is expected to be released in alpha model in the first quarter of 2022.

“ In it, players will be able to generate income through the sale of equipment and other items (NFTs), in addition to their own currency and fees that land owners will receive as rewards for using them ”, says Helo.

Although it shares criticism for its economic model, Thetan is one of the biggest promises of this year for its gameplay delivery. It is a game that mixes battle royale with moba. Having a simple and, at the same time, challenging gameplay, the gameplay allows entry as F2P (free to play), but with some limitations – buying an NFT to get an accelerated farm of tokens or even for rent (the launch is still planned). This update at the time of writing this article). The game has simultaneously reached seven million users since its launch.

Considered the Bitcoin of play to earn, Axie Infinity still has a lot to deliver, with its V2 called Origin – second version that promises to revamp the game, change mechanics, bring new ways of burning, and in the future the gameplay of lands. According to the specialist, the game promises to renew spirits and seek new periods of high: “ It is worth remembering that Axie increasingly seeks to gain notoriety in the competitive scenario through the acquisition of renowned professionals in the games market ”.

Created for the gamer industry, SP4CE, a Brazilian company specialized in the Blockchain games segment, has become the main company in the country’s play-to-earn games sector (play to win) – where games have items and characters that are marketed between players using crypto assets. In this way, developers are remunerated through transactions. SP4CE is a business ecosystem focused on Blockchain with its own financial structure to carry out projects in NFT and aims to empower gamers, bring opportunities for growth, relationship and prominence. With a strong sense of innovation, passion for technology and willingness to make a difference, Sp4ce has identified a huge opportunity in the emerging Blockchain market. The company was born as a solutions hub focused on this new success that is NFT. Sp4ce has an NFT game development sector and is already working on its own game. With Sp4ce Academy, builds and trains professional teams of gamers focused on NFT games.