The Streetfighter V4 and V4 S models will be available from January 2023 at dealerships across Europe, while the SP2 version will arrive from March 2023. the prices Starting at 22,990 euros. 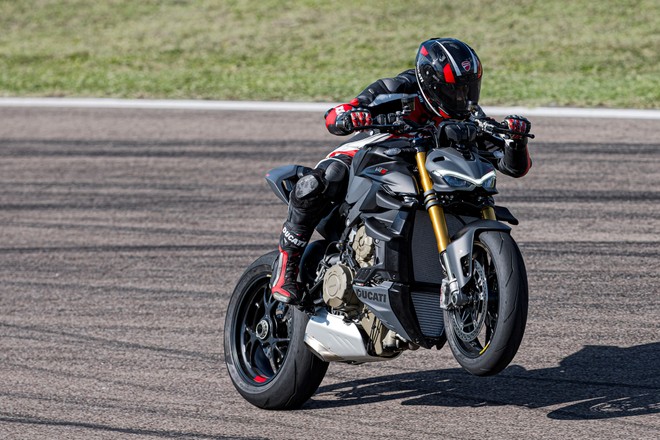 For 2023, the Ducati Streetfighter V4 is further improved, introducing some of the innovations that already made it to the Panigale V4. Its sporty character is immediately understood as provided by the standard configuration one seat With saddle and stirrups provided. The bike continues to have a minimalist look with a full LED headlight and V-shaped DRL reminiscent of the Panigale V4 front.

The fuel tank has the same shape that was introduced in the 2022 Panigale V4, which is designed to better support the driver during braking and cornering. The capacity is 17 liters. The Front Frame and the Desmosedici Stradale are left as visible as possible. In the V4 S version, the bike is also available in Black Gray.

Ducati also introduced some new electronics. In fact, the logic of power modes already introduced with the Ducati Panigale V4 and V4 S, arrives naturally with custom calibrations for the Desmosedici Stradale engine in the Streetfighter configuration. The There are four strategies for motor delivery: full, high, medium, low. Full and Low are newly designed, while High and Medium have been revised in the strategy.

Streetfighter V4 in 2023 release sees an unprecedented entry Wet riding mode To make driving safer on low-grip surfaces. The standard equipment is enriched by a lithium-ion battery for the S version (1.7 kg lighter than its predecessor, already provided for the Streetfighter V4 SP). 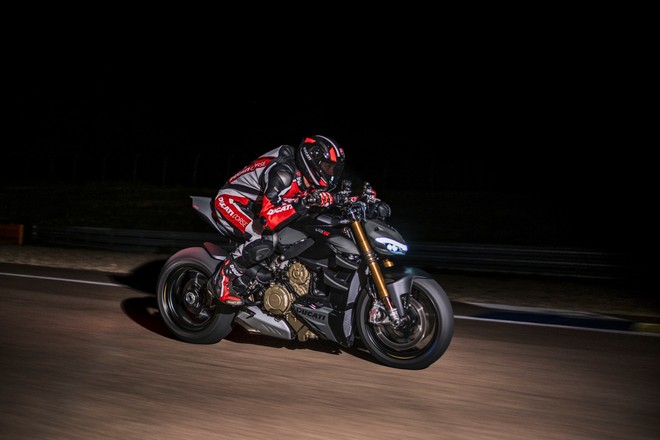 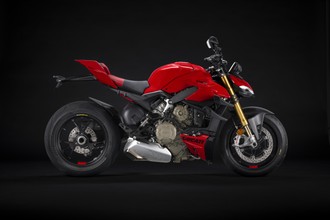 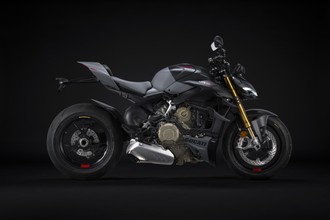 News also for the digital dashboard. Graphics have been revised in all views, to make information simpler and more descriptive and to support calibration of various parameters. Streetfighter V4 2023 is also developing thanks to New EVO 2 Engine Brake Control (EBC) software This ensures better stability, accuracy and directionality in the braking and entry phases and the ability for the rider to more precisely select the electronic setting for each use. Also arrives is the new Ducati Quick Shift (DQS) strategy, which improves the fluidity of shifting at each degree of openness of the accelerator, both when the latter is partially open and when it is fully open, and handles the two different situations in a different way.

There is also news regarding the chassis. We find the front frame and single-sided swingarm, both aluminum, with an inverted fork and mechanically adjustable shock absorber on the V4 version. The Streetfighter V4 S, on the other hand, is equipped with an Öhlins semi-active suspension (43mm inverted NIX30 fork and TTX36 shock absorber) with a SmartEC 2.0 front. Furthermore, in the V4 S version, the rims are made of Marchesini aluminum alloy. 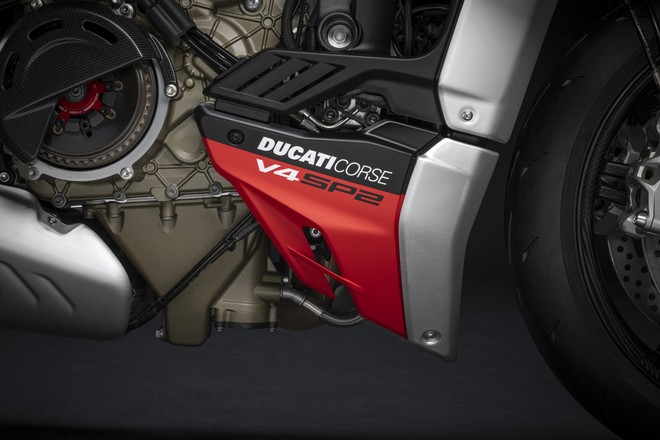 For those who want more, Ducati has provided New Streetfighter V4 SP2 (numbered string), ready to hit the right track. This bike is fitted with five split carbon rims, 1.4kg lighter than the forged aluminum ones installed on the Streetfighter V4 S and capable of reducing moment of inertia by 26% at the front and 46% at the rear. In addition, the braking system is based on Brembo Stylema R front brake calipers.

The Desmosedici Stradale is equipped with a STM-EVO SBK dry clutch, which guarantees a better anti-skid function, even in the most severe downshifts. Öhlins’ suspension with springs and hydraulics similar to those on the Panigale V4 also stands out as standard. Finally, we also find the adjustable aluminum footrests that are machined from a solid material that increases the angle of inclination and allows the rider to find the optimal position in the saddle. Dry weight 177 kg. 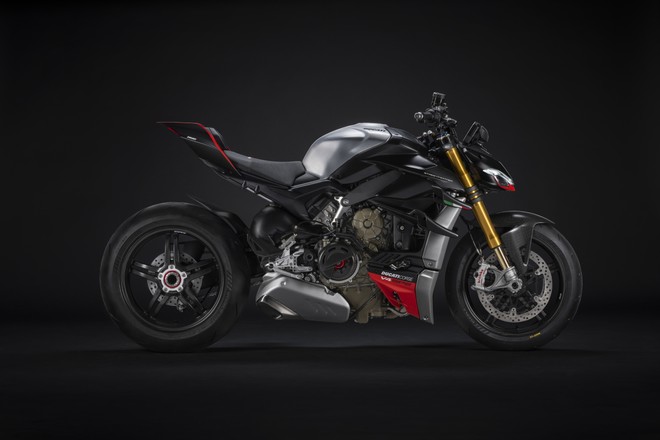 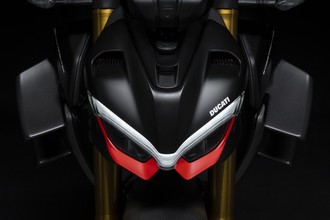 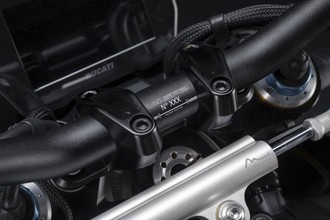 There is a wide range of accessories, which allow you to customize Streetfighter V4, starting with Ducati Performance Full Race Exhaust from Akrabovich This allows to reduce the total weight by 5 kg and raise the maximum power to 220 hp.

This is why green electricity is not 100% clean energy.