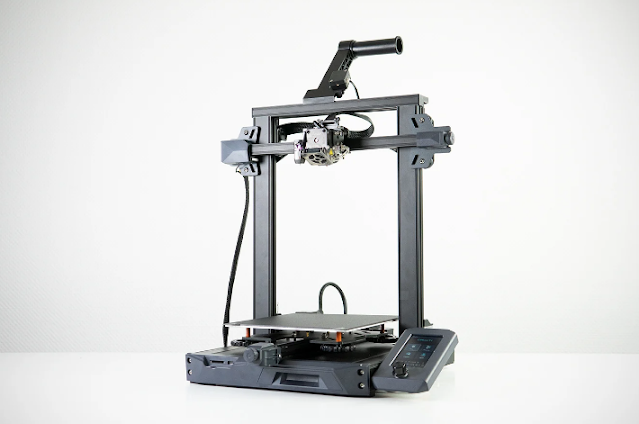 A new generation 3D printer, the Creality Ender-3 S1, which boasts a large work surface and precise operation. We found it at a reduced price on the PerfectTechNews webshop.

3D printers such as the new Creality Ender-3 S1 have become very popular in recent years. There are two main reasons for this – the first is that they have become very easy to use and have many features, and the second are certainly the prices that have become affordable to many, cost on average as one mid-range smartphone, only a few hundred euros. It is similar with this device, which we found at a particularly reduced price on the popular PerfectTechNews webshop , and at the end of the article we bring you a coupon code that will further reduce its price.

Even though it’s a DIY device (Do It Yourself), this time the vast majority of this 3D printer is pre-assembled, they say about 96%, so all you have to do is assemble it in 6 easy steps and get started. It couldn’t be easier 🙂

Another useful thing is that it has a built-in 16-point automatic head leveling system so you don’t have to worry about it. Also, it has a very precise system of work thanks to the double cut side “bars” so that the made elements will be just as precisely modeled. It is also convenient that you can interrupt the work and continue it where you left off, and you will also like that its work is very quiet, almost inaudible (less than 50dB).

By the way, the working surface of the printer is 220 x 220 x 270 millimeters so you can make quite large items. The maximum print speed is 150 millimeters per second, and it is convenient that it can use different types of filament (PLA / TPU / PETG / ABS). The defined power is 350W, while the nozzles have a maximum operating temperature of 260 ° C. You will especially like the new color LCD screen and a completely new interface that will make work even easier. Let’s add to all this and how this 3D printer can also be used for laser engraving, but this additional piece of equipment is purchased and installed additionally / subsequently.

We found this very interesting Creality Ender-3 S1 desktop 3D Printer on sale at the PerfectTechNews webshop where it sells for an attractive price of only € 356.25, but it can also be cheaper – enter “ CC5900 ” in the coupon code field and the price will go down at only € 345.96. As it is in stock in Germany, your address will arrive in a few days and you will not have to pay any additional taxes. This reduced price is valid until the end of the month, ie until April 30.