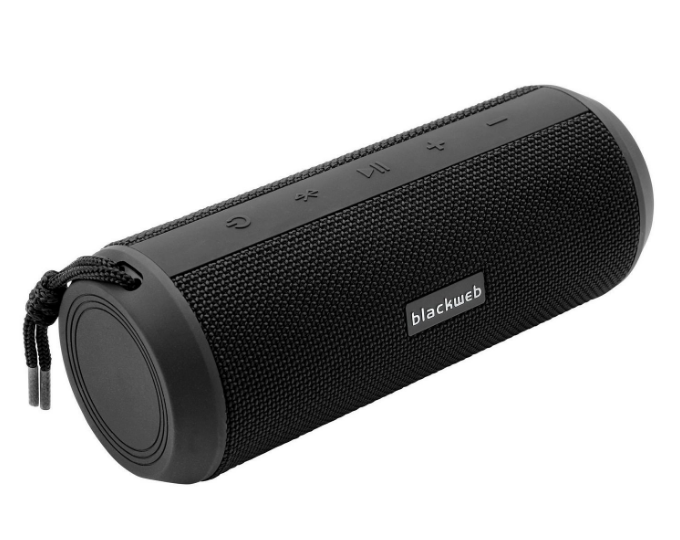 Bluetooth speakers or speakers are a very convenient way or listening to music. More and more music is being stored on cell phones, or possibly other devices that are Bluetooth enabled.

Using a Bluetooth speaker You can listen to music from these small portable devices at a sensible volume and without using headphones.

As you’d expect, there’s a huge variance in quality and performance, so it’s nice to be able to check out what you need and in terms of specs and then decide on the best quality for the price.

How does a Bluetooth speaker work?

Bluetooth is a wireless connectivity standard for short-range communications. Using the 2.48 GHz ISM band and techniques such as frequency hopping, it has developed into a standard that can be used not just for audio connections, but many other forms of wireless connectivity, including IOT, where low power is from the essence.

The Bluetooth speaker or speaker contains Bluetooth connectivity, an amplifier and speakers. A battery is also included, making the speaker self-contained and portable.

Often an auxiliary input can also be provided that allows for wired connectivity if needed.

Controls on the Bluetooth speaker usually consist of the ON/OFF button, volume controls, a pairing button and indicator, and in some instances NFC may be available to make it easier .

How to choose the best Bluetooth speaker?

Before deciding on the best speaker for you, you need to determine what you want. The best Bluetooth speaker for the home may not be the best for traveling as the requirements will be totally different.

There are several points to consider when buying a Bluetooth speaker.

Battery life is a key parameter to consider. You don’t want to be recharging the speaker every hour. It should be able to last as long as you expect to need it. Small speakers tend to have smaller batteries and don’t last as long, but some of the larger ones can last up to 24 hours.

More typical operating lengths may be four to ten hours, and will be specified as average battery life. The reason for this is that the louder you play the speaker, the more current it will be used and the battery will not last as long before needing to recharge. However, when buying the Bluetooth speakers, make sure the battery life is long enough for what you need.

Also remember that used Li-ion batteries do not like to be completely discharged, so charge them before using the speaker and do not let it run down. Also as batteries age, so the amount of charge they can hold drops.

Of course, it’s nice to have a good-sounding Bluetooth speaker. They often give specs for total harmonic distortion, and having it below 1% is a good goal. The smaller the better. Some speakers won’t give a specification for this, so you might want to listen to it. Also the frequency response is very important.

Some speakers sound better than others and this is usually as a result of a much better frequency response. The numbers include the upper and lower frequencies that are heard before the response drifts away. Figures like 100 Hz to 20 kHz can be seen. The 100 Hz point is the low frequency and 20 kHz the high frequency. Since most of us can’t hear up to 20 kHz, especially as we get older, the higher frequency isn’t all that important. The low frequency point indicates the level of bass we can expect – lower is better.

READ ALSO: How to Install an Nfortec Power Supply!

There are many different styles that are available for Bluetooth speakers . This means that you can choose the style that best suits what you want. From the most formal and discreet to the most informal models and with “cool” designs, there are several models that can meet exactly what you need.

Bluetooth speakers come in a variety of sizes. There are small conical or cylindrical types intended for very portable operation and for packing in luggage, and larger ones that tend to provide better quality audio. These can be rectangular or even again cylindrical. Generally the bigger they are, the better the audio quality, and the bigger ones can have a bigger battery for longer use.

5. Audio power in the speakers

Not all Bluetooth speakers have this parameter specified. When declared, it is given in watts. 10 watts is high, although the efficiency of the speakers in such a small box is good, they won’t be very efficient. Be aware that more power is needed for large rooms and for outside use.

As Bluetooth speakers are convenient, often because of the fact that they are portable, it means that they will be placed in many areas, even near water. Water and electronics don’t mix, so it’s often very helpful to have a case that’s been made waterproof. Some boxes are even submersible, but it’s more common to have ones that are water resistant. Water resistant speakers are especially useful when being used in a pool or on the beach .

7. Bluetooth version for the speaker

There will often be a specification for the Bluetooth version. Bluetooth V.1 was the first version that came out many years ago, and it’s a rarity to find any device that uses it now. Version 2.1 is seen a lot, but there are also many products that use later versions like Bluetooth 4.0 and even Bluetooth 5.

The big question is what does the Bluetooth version number mean when your buying a speaker. The main advance for audio came with Bluetooth 2.1, which had a profile called EDR, or Enhanced Data Rate. This made a leap in achievable audio quality, allowing the wireless link to carry more data which in turn allowed for a more faithful representation of sound.

So the speaker has Bluetooth 2.1 or higher, it will be fine – higher versions will provide additional capabilities for things like collecting data from things like fitness trackers or other sensors. So unless your speaker has all sorts of (unlikely) extra functions, it doesn’t matter, although it’s by no means a disadvantage.

Some speakers have the ability to connect to a second speaker for stereo sound. If stereo sound is important, then this is a feature worth investigating and wish-listing, as there are quite a few speakers that do this.

Connecting a music source like a phone or iPod to the Bluetooth speakers is usually very easy. However, it is possible to use NFC, near field communications on NFC-enabled speakers to bypass the settings and just start playing music. NFC allows compatible devices to connect to a speaker via Bluetooth simply by tapping the two together.

The downside is that while iPhones have an NFC capability, it is used for Apple payment, and as a result, NFC has been dedicated solely to that for security reasons. This means that this capability is only useful with Android phones. But hey, it’s very simple to connect with Bluetooth these days.

10. Wired inputs on the speaker

Many older devices like the iPod Classic do not have Bluetooth. Or you can buy a small Bluetooth transmitter, or you can even consider a good old wired audio cable! Virtually all speakers have a 3.5mm or USB-C jack, so it’s still possible to connect devices only via a suitable cable.

11. Speakerphone capability for the speaker

It may be that using a phone as a music source, you may need to receive calls. This can be done using speakers that have a built-in microphone along with hands-free functionality. This can be useful if the speaker is used by a table – likely quite annoying to others if used by the side of a pool, as everyone will hear the conversation.

There is a huge variety of Bluetooth speakers that are available to buy from many stores. Some are very cheap, while others can be quite expensive. Depending on what you want, go for the best you can as the quality and performance will be better – go for a cheap single if it’s for something like traveling and you’ll leave it behind and not worry about it.