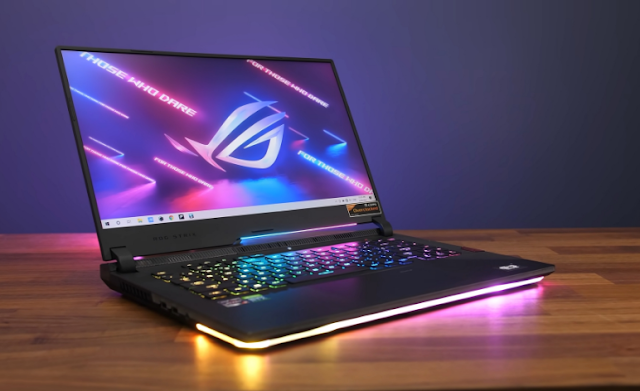 May 17 has been officially announced as the date when the new series of laptops for video game lovers will be presented, and it is the new Asus ROG Gunslinger 6 series.

It is a top gaming laptop that has an Nvidia RTX 3080 Ti graphics card, which just means that it can run the most graphically demanding video games very smoothly, especially since this graphics card is probably the strongest on the market at the moment.

In less than two weeks, the Taiwanese electronic giant will present its new series of laptops from the ROG gamer family (Republic of Gamers), which boasts the 12th generation of Intel processors, all the way to the Intel Core i9-12900H with 14 cores and 20 threads. and runs at 5.0GHz. The new Gunslinger 6 series has a basic and Plus series, and also differs in graphics cards (RTX 3060, RTX 3070 Ti and RTX 3080 Ti), they have 16-64GB DDR5-4800 and SSD M.2 disk of 1TB.

The ROG Gunslinger 6 has a 15.6-inch screen, while the Plus has a larger 17.3-inch screen, most likely 2K resolution, 240Hz refresh rate, supports 100% DCI P3 color palette, has a 3ms response and supports Dolby Vision.

You are probably also interested in the price . As you can see in the cover image, for the Plus model you will need to set aside around 2,000 euros in China, while in the European market it could be significantly more expensive.