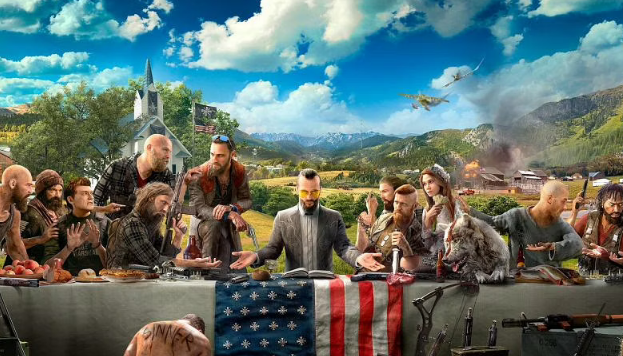 Fun for all ages, video games are an inexhaustible source for moments of relaxation and connection with friends, family or just relaxation.

There are many markets that suffered big hits with the Covid-19 pandemic between 2020 and 2021. With the quarantine, many people looked for ways to occupy themselves at home, and one of the ways out was to enter the world of video games.

According to a study commissioned by the Visa card brand, in 2020 alone, the gaming market had a 140% increase in financial transactions made on the main platforms and consoles, compared to 2019.

In the year 2021, there was also considerable growth. According to data from Pesquisa Games Brazil (PGB), there was a 14% growth in the market as of March 2021, still attributing importance to the quarantine.

This is also due to many people, who have never played before, feeling encouraged to enter this world, motivated by the launches of new consoles, such as PS4, PS5, Xbox One and others, which offer more immersion and quality to players. Or even a family moment, also encouraged by the pandemic.

Whatever the reason, it’s always good to research ideal games to start with, with themes and stories that best suit your ideal of fun. Ensuring a good connection can also expand your experience, even more so when this environment is increasingly connected, as it can generate a unique interaction with players from all over the world.

But let’s get down to business: we’ve separated here five games that can please practically all beginning players. Whether for their inclusive proposal, or for their simplicity, these are games that can be good entries for those who want to become a gamer. Come on?

I bet the game that has a goose as the protagonist isn’t exactly the kind of thing you’d expect on this list, right? But believe me, it’s worth it.

In a small English town, people live peacefully and are very content with life. Until a goose appears in the neighborhood and begins to disturb the citizens of this city in various ways (which, in this case, are the missions in a notebook in the corner of the screen), which ends up yielding very fun situations.

Redesigned by Start, the game has an isometric perspective and graphics without any contour, displaying a certain elegance, simulating the 3D effect of drawings, and a dynamic soundtrack, which make the game graphically very interesting.

Lego games marked several generations, especially those of Star Wars, but they adapted the stories of the movies and did not bring many narrative innovations.

But here’s a whole new story, utilizing Marvel’s heroes across their pantheon, united to stop the evil Doctor Doom from getting every piece of the Silver Surfer’s board and gaining access to the Power Cosmic.

With an engaging game play, which follows a fun narrative and several puzzles along the way, it ends up being the ideal game to play with children in the living room, or alone, because the experience will be just as interesting.

So successful, he even won a sequel in 2017, which ended up not pleasing the public so much.

It is considered by many longtime gamers one of the best games of the last generation of consoles, for its game play, aesthetics and, above all, for its history.

The story revolves around Joel, a survivor hardened by past traumas who is hired to remove 14-year-old Ellie from an oppressive quarantine zone. The small job soon turns into a brutal crossing of the USA, where one depends on the other to survive.

It’s a moving, thought-provoking and thrilling game in just the right amount. With a Hollywood production aspect, it is truly a unique experience.

Available for: PS3 and PS4

The Batman will appear on this list; after all, such a huge pop culture icon deserves a game worthy of it. Batman Telltale Series is a game where every player’s decision matters and shapes the story around it.

The story goes deep into the intricacies of Gotham City, the corruption that permeates the city, the villains and even the psyche of Batman himself, and as each decision takes a different direction to the story, the possibilities are endless, yielding hours and hours of fun that can never be repeated in the same story, even though it’s the same game.

Despite being a game involving superheroes, it is quite violent and has a very heavy narrative content, but it still makes up for its inventiveness and character development.

Did you really think a fighting game would be missing from this list? Of course not! And we brought here one of the most iconic fighting games, which, in its fifth incarnation, still follows the same precepts of the previous ones, with the plus of higher quality graphics.

The game puts the player in the shoes of iconic characters, such as Ryu, Ken, Chun-Li, Blanka, Mister Bison and many others, with a simple game play that, with the possibility of two players in the same game, can yield pleasant moments , whether with friends, or even with family.

Speaking of franchises and iconic characters, of course we couldn’t leave Mario out of this list, especially when a racing genre is still missing.

The New Era of Digital Development