Apple renewed its iPad lineup last week. I did it in the absence of a dedicated event, but without wasting the news: it was actually an opportunity to reveal the new iPad Pro, a very interesting product even if not for everyone, which we talk about in our dedicated review, but also to discover the tenth generation of iPad.

The heir to Apple’s historic first tablet won’t make the news like other announcements, but it remains an important part of Apple’s show and This year he presented himself at the starting gates with a good dose of news And ideas to think about. Awaiting the full review, we spent a few hours at his company and tell you how it went.

The design is the most striking aspect of this 10th generation iPad: the Appe tablet is actually quite clear from the previous version, An airy look above all else thanks to square lines and symmetrical frames.

The redesign also brought with it a small slimming treatment that gives us a slightly thinner and lighter product: 10g less for the wi-fi version, and 15g less for the cellular product.

Touch ID also moves, having lost the physical central button that no longer finds its place in the 10th generation, it moves to the power button located on the top of the body, near the speakers. 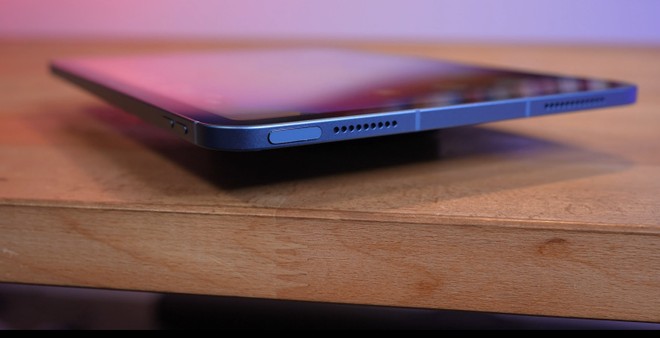 On the other hand, we find The other big news of this review is the USB C port that replaces Lightning. Logistical convenience, as it allows us to carry one less cable, but also improve the user experience as we can connect any hard disk to access photos, videos and anything else that comes to mind. We have tried and the process has always been flawless, as well as instant.

Connectivity is improved thanks to Wi-Fi 6, Bluetooth 5.2 and also support for the first generation Apple Pencil. The device that does not have wireless charging but with Lightning, that’s right, which requires if you have (for 10 euros) a dedicated connector and then plug the cable in the package.

First impressions of use

The transition from the A13 Bionic SoC to the A14 Bionic, with eight-core gains in the Neural Engine, is reflected in fast, smooth performance. After a few days of testing the impression is that the product was developed by Apple It perfectly manages to deliver the user experience required by ordinary users: navigation, video and a bit of productivity.

Compared to last year, the screen size has changed, growing to 10.9 “from 10.2” from the previous version, but also the technology selected: here we find IPS Liquid Retina with a resolution of 2360×1640. While it’s not as encapsulated as the one in the iPad Air, so you’re exposing yourself to the “risks” of some of the many reversals, there’s no doubt there’s been a leap forward in terms of the visual experience. In line with expectations, the maximum brightness is around 500 nits, while there’s no shortage of functions like True Tone and Night Shift that make using this iPad more enjoyable and versatile in every situation.

We appreciate the audio equipment, with high-quality speakers, a full return and a very powerful maximum volume: compared to placing this tenth generation iPad in the Apple line, certainly from this point of view it is a good job and you can enjoy multimedia content with more than remarkable quality. 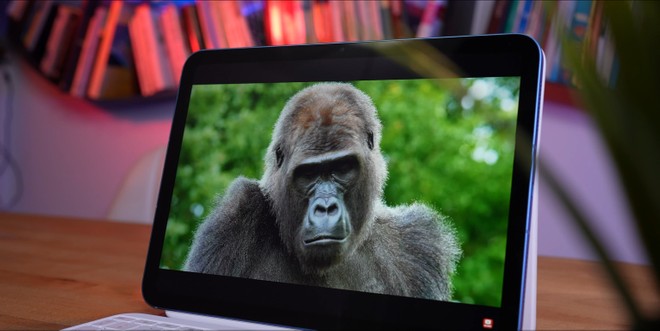 12MP rear camera with Smart HDR 3 technology and support for video recording up to 4K 60fps. However, the most interesting improvement on this front is the improvement of the front sensoralso with a resolution of 12 megapixels and capable of giving a decidedly higher image quality than the previous model but also for the fourth generation of the iPad Air.

A good battery that, according to Apple, allows up to 10 hours of browsing under Wi-Fi and up to 9 hours using cellular: at the moment we have run some preliminary tests that seem to confirm almost the data of the Cupertino house, thus providing more than pathological presentations.

We also briefly got our hands on the new Magic Keyboard Folioavailable from October 26 at a price of 299 euros and divided into two parts: a stand that can also be used independently, perhaps to watch a movie while the iPad is placed on the table, and then a physical keyboard that can be connected if necessary and a reminder to use the iPad Pro, thus ensuring a very good return .

So how much does a 10th generation iPad cost? Starting at €589 for the 64GB wi-fi version, about 200 more than the ninth-generation equivalent sold starting at 389 euros and now increased by about forty euros. The reason is certainly due to the macroeconomic situation, but also to a series of improvements that make it a more complete product from all points of view.

The impression is that Apple tried to complete its offer A tablet that gives everyone something according to their needs: the 9th generation model remains on sale starting at €439 for those looking for an iPad without too many frills, while this new version offers a more refined design and better performance, leaving everything ‘Air’ and then on to the Pro The mission of meeting the needs of those with higher needs with the performance of Apple Silicon. or Mini for those who need a compact product. We’ll be back at it anyway in the next few weeks after trying it out thoroughly.